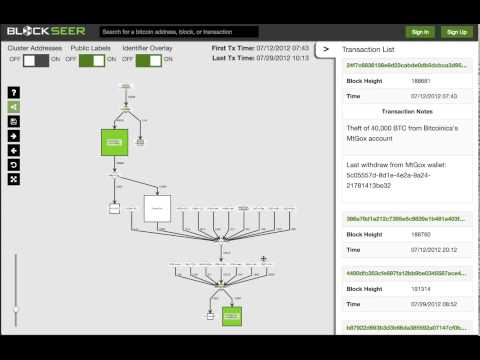 BITCOIN IN THE BELTWAY (DC CONF) is one week from today. Here's an update from me.

Hey bitcoin.
This is Jason King from Sean's Outpost.
I just finished running all the way across North America for bitcoin and homeless awareness (#BitcoinAcrossAmerica) http://www.wired.com/2014/06/bitcoin-run-jason-king/
and I'm also the co-chair (with Elizabeth Ploshay) of the "Bitcoin in the Beltway" conference in Washington, DC that starts next weekend, actually it starts exactly one week from today.
I think I did the conference a disservice in agreeing to chair the event at the same time I was undertaking another major endeavor (running across the country). But in true bitcoin fashion, this conference has blossomed despite me (maybe in spite of me, honestly) and has really become an amazing event. Wonderful people like MK Lords and Elizabeth Ploshay have been really kicking ass making sure this was a great event.
We tried to make a different event with #BitcoinBeltway. It's not run by any organization with an agenda, it's just a group of people passionate about bitcoin and crypto who wanted to try and showcase the good of this community. And I think if you take a look at the lineup and diversity of speakers, you'll agree we have done a pretty good job... http://bitcoininthebeltway2014.sched.org/
Some of my personal favorite highlights:
But truly, naming highlights is like picking your favorite children. We have over FIFTY (50) speakers for the conference (50 cent is not one of them, alas). All top notch, speaking on a wide variety of bitcoin and crypto topics. Check the full list out here...
http://bitcoininthebeltway2014.sched.org/directory/speakers
But it's not enough. We want to be better. At the end of the day, this is your conference and not ours. What are we missing? How can we be better? What do you want to see that's not here? How can we improve? What haven't you seen in a bitcoin event that you wish was available?
Anyone that wants to get involved with the show, feel free to contact me directly at [email protected]. We have a few exhibitors booths left and could still stand a few volunteers.
As a reminder, thanks to a partnership with the Crytpocurrency College Network, ALL STUDENTS are entitled to half off admission ($150)
And anyone interested in attending that has an actual hardship in being able to afford to go. Don't hesitate to contact us. We might be able to connect you with a sponsor. We're much more interested in creating a community event than anything else.
We take BTC, LTC and DOGE for admission.
TICKETS:
http://www.bitcoinbeltway.com/tickets/
The Venue is the DC Renaissance Downtown, NW Washington, DC
And as of right now, it's available on Expedia for bitcoin Smiley
Thoughts?
Jason King

Don't want to look like a fanboy, but I think this Bitcoin thing deserves someone, anyone to create a rap about it... and earn some extra Bitcoins for that, here's how!

My name is Mike, let me introduce myself, I'm a C++ programmer, and you can ask me anything.
Probably all of you heard about this wacko "Bitcoin" crypto-currency stuff, like this is that weird Internet money which is not backed by government and which is probably has no intrinsic value.
I know where I'm writing to: this is the subreddit about my favorite music genre: RAP!
I just wanted to let know anyone interested, that our community exist (/bitcoin) and many people out there who're love programming also love RAP too! And I believe there's many people who love rap in Bitcoin community.
But the problem is, that programmers (98% of population at /bitcoin) are most often are too bad at writing songs. But here's the example what already has been accomplished by many people who were interested in the topic:
Here's the background of what is Bitcoin, and why many care about it:
I don't ask you to contribute anything. Your best contribution to our community would be turning on www.ChangeTip.com on your YouTube channel, so that we could send you some donations - changetip is a web-site integrated to YouTube which let's you enable accepting bitcoin donations from anyone - usually people write comment like "@ChangeTip Awesome song. Have a beer!", later on their changetip bot is answering in comments like "Your payment to this YouTube channel is being processed. X will collect his Bitcoins very soon".
ChangeTip allowes users to donate any amounts like $1 or $5 (or even more) to content creator. So if your YouTube channel has not grown yet to accept payments from Google, some people from Bitcoin community could donate you money if they like your song. Yeah sounds like not everyone yet knows about ChangeTip, but this is an awesome technology and Wall Street & banks currently already talk a lot about blockchain-based technologies, so its just the matter of time when more companies & individuals are going to accept Bitcoin.
ChangeTip doesn't has any sign up fee, its completely free to use it. Also it doesn't bring any ads or any harm to your channel, nobody will know that you're even activated that function, unless you don't say somebody (I recommend saying about it on /Bitcoin :))
I know that Bitcoin is too deep to explain it on 1 page like this, but you can ask any questions and I'll be glad to give a good answers about this technology.

In Oct 2018, Tong Zhou converted his life savings from US dollars (USD) to Bitcoin (BTC). He then transferred these funds to QuadrigaCX with the intention of selling the BTC for Canadian dollars (CADs). After working in the US for nearly a decade, Zhou was returning to Canada, the country of his birth. After learning about the attack on QuadrigaCX and complete loss of funds, Justin Sun offered ... In response, Zhou Tong said that his “previous business associate” Chen Jianhai was the hacker. According to Zhou Tong (a.k.a. Ryan Zhou), his mysterious multi-millionaire friend miraculously admitted to stealing from Bitcoinica and promised to return the stolen Bitcoin “under the condition that Bitcoinica will no longer pursue the case”. Bounty hunters have been helping to bring criminals to justice since the days of the Old West, and they are still just as needed today. If you want to become a bounty hunter and get paid with cryptocurrency, you don’t even need a fast horse or a revolver these days – just useful information on some Bitcoin’s history is rife with hacks and heists, sometimes resulting in six-figure bitcoin losses and businesses going bankrupt, unable to pay their customers back. A new video by Bitcoin.com explores the largest bitcoin heists in history and explains how each one was pulled off. Also read: How to Earn Bitcoin Cash Income. Lucrative Crime An interesting series of heists revolved around Bitcoinica, an early bitcoin exchange by a 17-year-old entrepreneur and coder named Zhou Tong. Hackers first exploited a vulnerability in shared online web host Linode and stole over 46,653 BTC from eight different Bitcoin services there in March 2012, including more than 43,000 coins from Bitcoinica.

They don't want you to know what goes on behind the scenes. Let's get into it. If you'd like to skip the education on Bitcoin's value and go right to the good part skip to 3:21. Follow us on ... Kevin Zhou, Chief Economist of Buttercoin - How efficient are the Bitcoin markets? Matt Corallo, Co-founder of Blockstream - Economic incentive backed consensus: What is a Blockchain, anyway ... This video shows an unusual transaction of 80 bitcoins to Theymos linked closely to the 15,000 bitcoins that were supposedly recovered by Zhou Tong from the actual thief. 1NqK2GN3x5bMLKw814Y8aoAcpv19rNCfVo https://twitter.com/ZhouTonged Nuff Respek to Sister Nancy! (Ad Libs) Tink y'all a Bam Bam I'm Not Jamaican!! Fuck around and get ... Share your videos with friends, family, and the world